phone email www
Up next

Institute of Imagination
The Big Build in Newham
London, UK from 31 May.

The Humboldt Forum
Opening of the Werkräume
Berlin, Germany August 21 - 22


‘An intriguing approach: building gigantic sculptures by stacking small stools folded from cardboard. Here’s another project about the simplicity of production. All you need is a tool that cuts cardboard and the manpower needed to fold the material. The designers have made a simple and flexible product that can be used as an individual stool or as a component in the construction of a larger structure. These designers step back, give the project to their client and relinquish control of what happens next. The product itself has an impressive record in terms of sustainability. It is locally produced using an easily recyclable material; the technique of folding to construct the object avoids the need for machines or additional materials like glue; and the flexibility of the design allows for various applications, as the product is able to adopt to changing situations and contexts.’

Inspired by Newham’s Year of the Young Person, the Institute of Imagination worked with thousands of pupils from 14 schools across Newham between the 24th – 27th of May, exploring how to transform ideas into sculptures. This exciting initiative reintroduced a much-needed space for creative expression and social interactions in the heart of Newham, one of the boroughs hardest hit by the pandemic. The Danish-born, East Ham artist Anne Harold introduced her own interpretation to Collective Paper Aesthetics’ models, by asking children to start the creative process by expressing their ideas through doodles on paper answering the question: What does hope, and celebration mean to you? 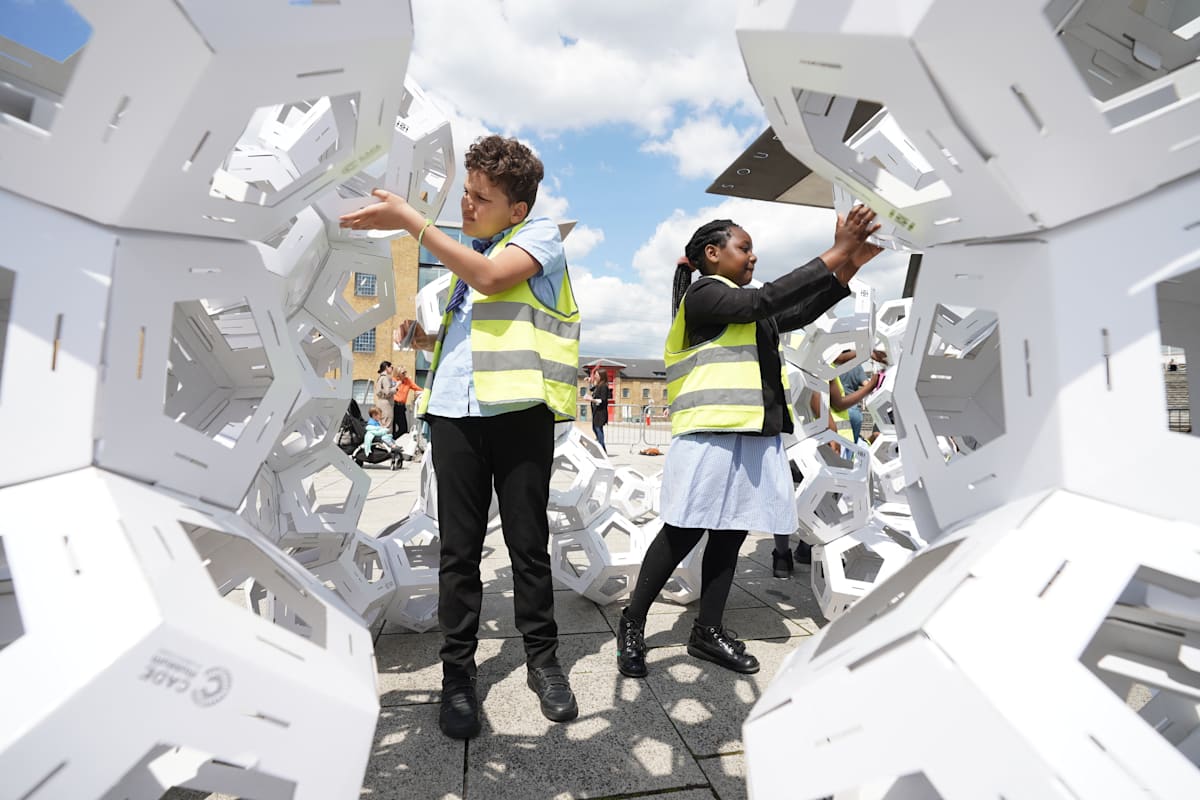 The project continued throughout June until beginning of July, with the participating schools offering the opportunity for everyone in Newham to visit the sculptures in different areas around the Borough. The sculptures could be visited in Westfield Stratford City, Queen’s Market, Thames Barrier Park, Beckton Globe Library, and East Ham Library. Additionally, it was possible to enjoy and build the sculptures at home, by downloading and printing the shapes in a miniature format. The success of the project was not only demonstrated through positive feedback, but also though the symbol of collaboration and hope that was created as each sculpture provided an opportunity for children and young people to design and build together.

A Year 3 student said: “I learned that it’s good to be hopeful and to try my best. Our tower fell over, and that taught me that sometimes things don’t work out the way you first thought. I also learned that I can just keep trying, I can just build it again.”.

Having been a part of the event, the teaching artist Anne Harild said: “My favourite part of this project is that it’s so collaborative; just as lots of small individual cardboard pieces will come together to create some big spectacular sculptures, as will all the children’s ideas from the 14 different schools. The final works will hopefully be a representation of the imagination of Newham’s young people.”

Newham’s Year of the Young Person 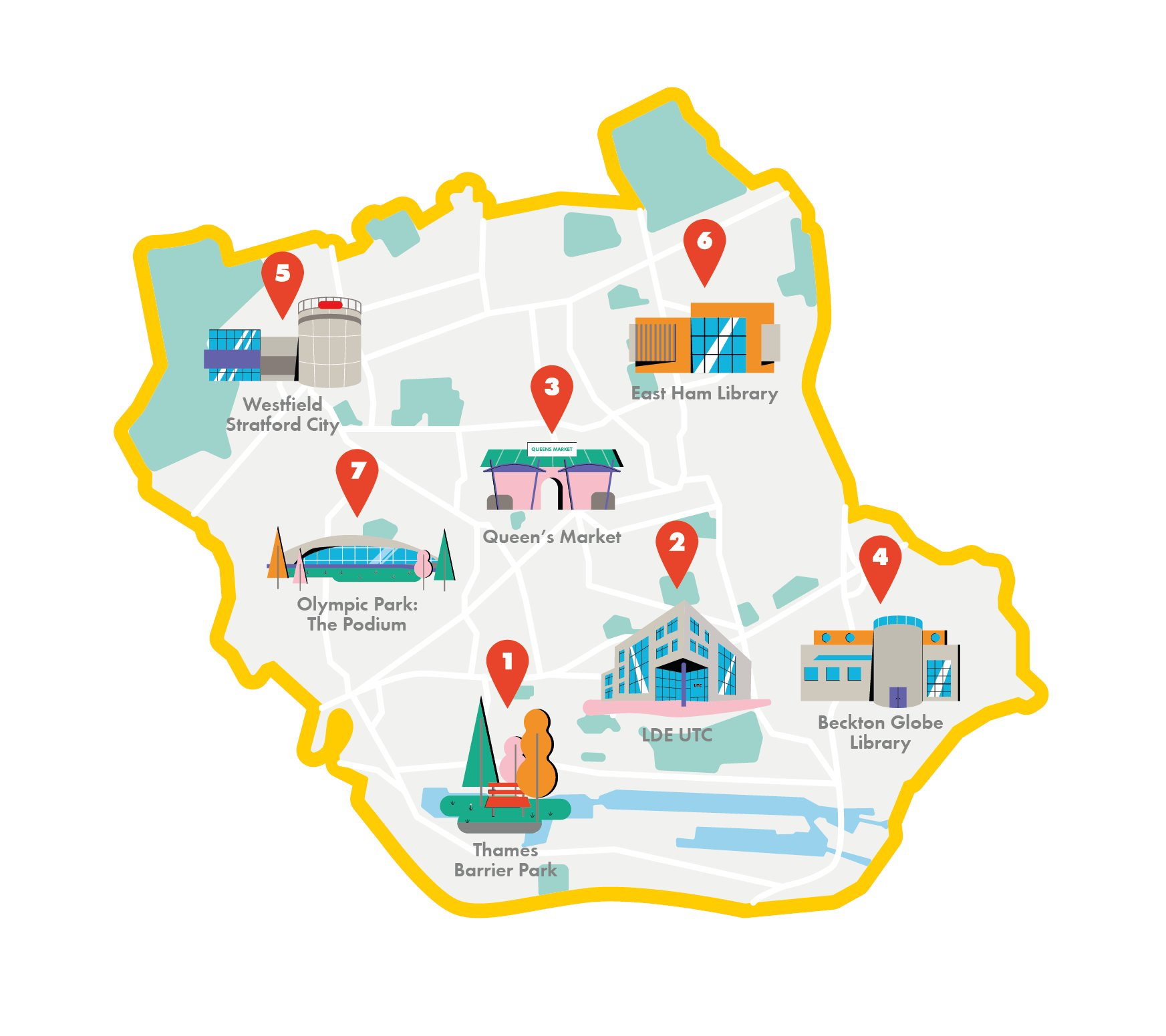 The city of Newham responded enthusiastically to the initiative with the mayor Rokhsana Fiaz stating: “From young people to elected officials, we are Newham because we are one community. This project will bring focus on exactly what we need this year – hope, community, and creativity.”

Additionally, the co-directors of the Institute of Imagination Tom Doust and Stephanie Dittmer released a statement saying that “the Big Build is an invitation for children and families in Newham to reconnect with their imaginations and to help rebuild their cultural community through creativity.”

About The Institute of imagination 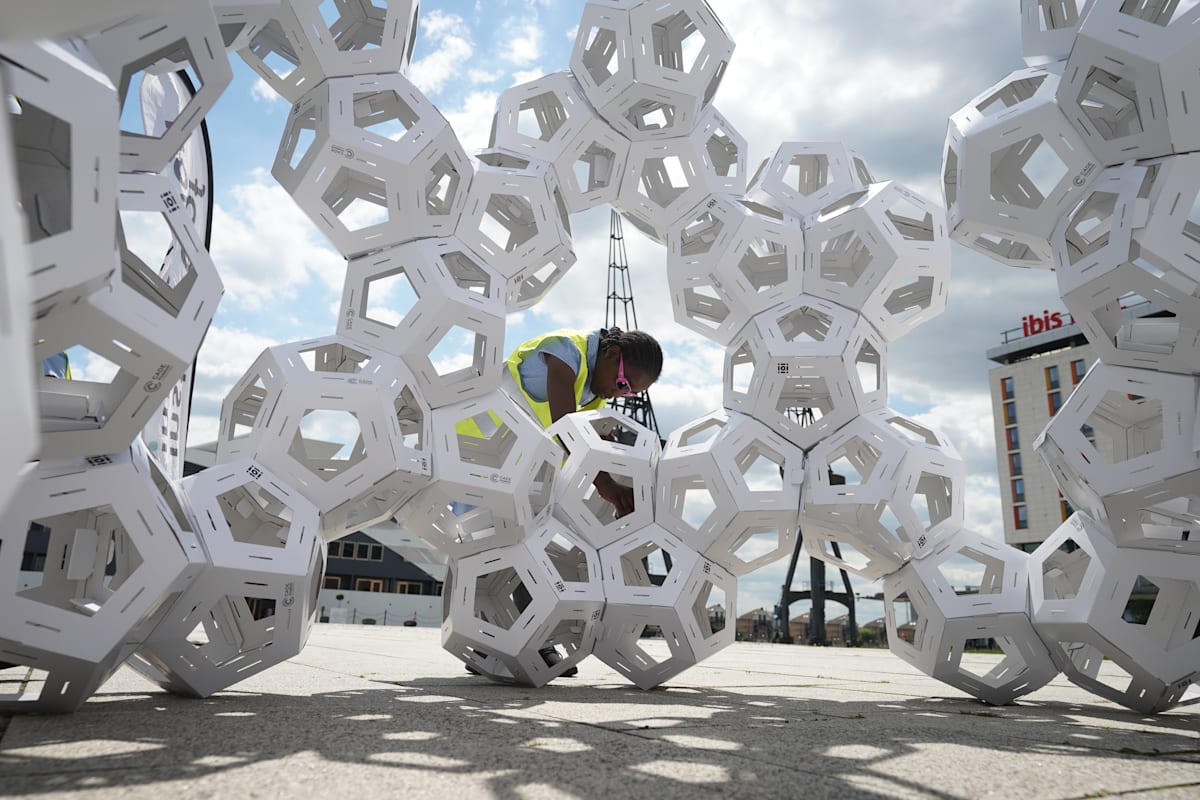 The Institute of Imagination (iOi) is a London-based child and families charity with an international reach. Through dynamic hands-on events with partners, the organization champions opportunities for children and young people to develop their imaginations, a quality that is vital to creativity and the next generation’s ability to adapt and thrive in a rapidly changing world.

In 2020 the iOi moved to The Royal Docks and, in response to the pandemic, launched iOi at Home: a digital event space providing engaging creative programs for children and young people to support skills development and wellbeing. These digital programs are supported by a Digital Lending Library for households without access to the basic technology. With additional opportunities for teacher training to help embed creativity in the classroom, programs are currently free for all school-aged pupils living in Newham and Lambeth. 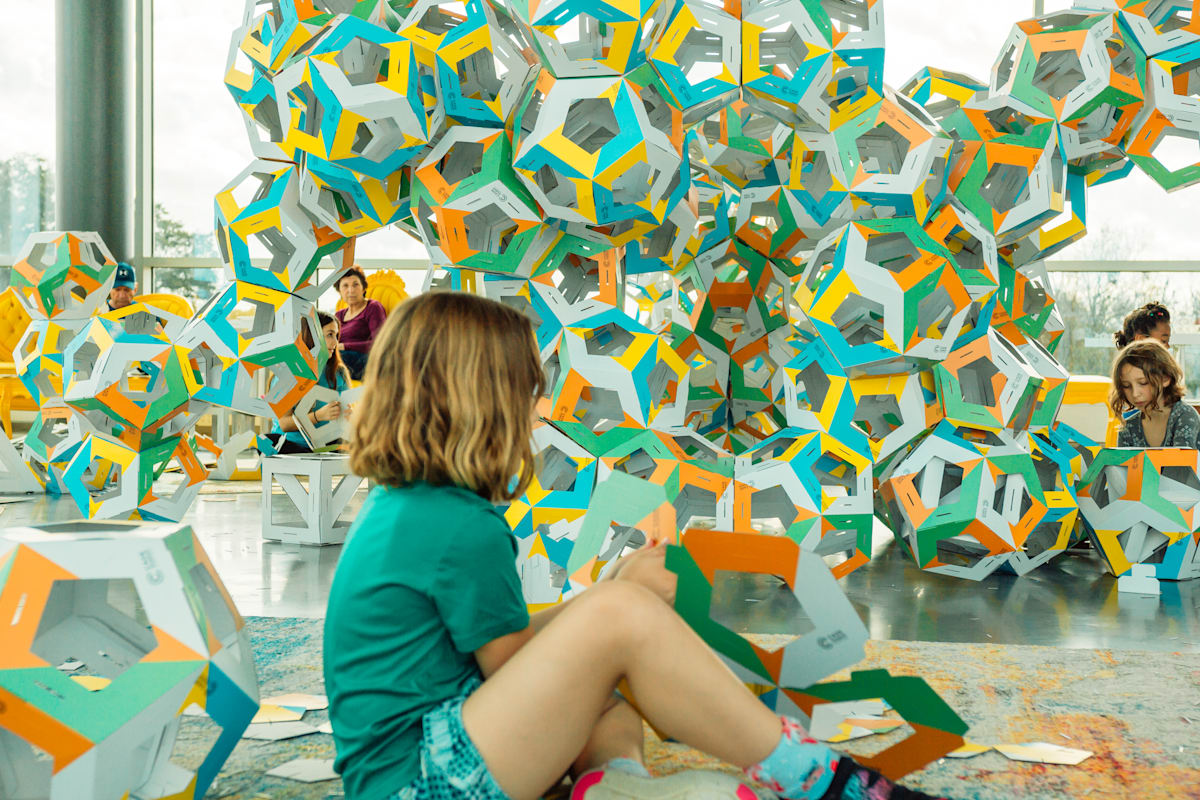 The activities organized by the Institute of Imagination used three different designs from Collective Paper Aesthetics, including POLYCADE originally designed for the Cade Museum for Creativity and Invention in 2019, Paper Batik which was first introduced in Kota Tua Creative Festival in 2015, and MUDAM GO! designed for Mudam – The Contemporary Art Museum of Luxembourg in 2020.

Learn by Design from SXSWEDU